The Armenian Government’s Plan to Change the Constitution

Following publication of this article, the National Assembly has introduced a bill on February 6, 2020, to amend the constitution so as to dismiss 7 of the 9 Constitutional Court judges. This process is separate from the Expert Commission on Constitutional Reform.

Every head of Government since Armenia’s independence in 1991 has shaped the country’s Constitution and Prime Minister Nikol Pashinyan has made it clear that he will not be an exception. In October 2019, the Government approved its 2019-2023 Judicial and Legal Reform Strategy, which outlined the case for changes to the Constitution, the Electoral Code and the judicial system.

Issues Identified with the 2015 Constitution

In its Justification section, the document lays out that the driving force behind the 2015 Constitution was to allow Serzh Sargsyan to remain in power beyond the constitutional two term limit that was in place for the President at the time. It says that there are serious concerns that the 2013 Expert Commission on Constitutional Reform, appointed by former President Sargsyan, operated under a conflict of interest and that there was insufficient public consultation regarding their recommendations. It also points to an opinion by the Transparency International Anticorruption Center NGO (the affiliate of Transparency International in Armenia) that the December 6, 2015 referendum that ratified the changes fell short of the Venice Commission’s Code of Good Practice on Referendums. Another criticism was that the new parliamentary system concentrated too much power in the Office of the Prime Minister.

In accordance with a Prime Ministerial Executive Order dated December 30, 2019, a new Expert Commission on Constitutional Reform, consisting of 15 members, is being formed to spearhead the effort. It will include:

After a public call for applications, the Ministry of Justice announced the names of the six selected legal scholars on January 29, 2020: Anahit Manasyan, Artur Ghambaryan, Armen Mazmanyan, Arsen Tavadyan, Levon Gevorgyan and Tigran Markosyan. The two civil society organization representatives selected were Karen Zadoyan, from the Armenian Lawyers’ Association, and Daniel Ioannisyan, from the Union of Informed Citizens NGO. The executive order also provides for two international organizations to join the Committee in an advisory capacity.

The target calls for the text of the constitutional reforms to be developed by 2023, requiring a period of public consultation and a ratification referendum.

In 2013, then-President Serzh Sargsyan had also formed an Expert Commission on Constitutional Reform, though it had only nine members:

Government at Odds with Constitutional Court

The Government has questioned the legitimacy of the current Constitutional Court. Prime Minister Nikol Pashinyan and many lawmakers from the ruling My Step faction believe that Hrayr Tovmasyan, who participated in formulating the 2015 Constitution, was elected as Chairman of the Constitutional Court under false pretenses. Before announcements about the need for constitutional reforms, the current ruling authorities had taken steps to remove him from the office.

After criticizing Tovmasyan’s handling of the case against former President Robert Kocharyan, a bill was introduced in Parliament to dismiss him. Some of the justifications of the bill detail that, before joining the Constitutional Court, Tovmasyan was a member of the Republican Party of Armenia (RPA), held a number of key positions and may be constrained by his ties to the RPA in issuing decisions. Also, he did not voluntarily recuse himself from the proceedings of the Kocharyan case, despite being the godfather of one of Kocharyan’s lawyers, Aram Orbelyan. During the discussion of the bill, Speaker of Parliament Ararat Mirzoyan noted that it is not Tovmasyan’s political past but rather his political motives at present that are at issue with his chairmanship of the Constitutional Court. The Prosperous Armenia Party (PAP) announced that its MPs will not participate in the vote. The bill did pass in a secret ballot vote with 98 voting in favor and 1 against (and 2 spoiled ballots). However, the Constitutional Court, which makes the final decision on terminating Tovmasyan’s powers, rejected the motion.

Later, in December 2019, an early retirement incentive was adopted by Parliament. According to the bill, which was drafted by the Ministry of Justice, judges of the Constitutional Court who voluntarily step down by February 27, 2020, will receive monthly compensation equivalent to their current wage until their term was foreseen to end. Justice Minister Rustam Badasyan estimated that, if taken up by Tovmasyan and the six other judges, the package would cost a total of 630 million AMD ($1.3 million) in taxpayer money. So far, none of the judges have expressed interest in the proposal. The early retirement incentive was criticized by Gianni Buquicchio, President of the Venice Commission. His statement said, “Recent public statements and acts… will not be conducive to deescalating the situation.”

Another challenge to Tovmasyan came from within the court.

After rejecting the nomination of two candidates put forward by President Armen Sarkissian, on June 18, 2019, the National Assembly confirmed prominent lawyer Vahe Grigoryan to the post of Constitutional Court judge by a vote of 99-22. A 60% supermajority of all MPs (80 votes in favor) is needed to confirm a judge to the Constitutional Court. Grigoryan had previously represented victims of the March 1, 2008 shootings. This was Grigoryan’s second nomination. His first nomination came before the December 2018 parliamentary election, when the RPA still held a parliamentary majority and refused to confirm him.

Judicial Reform at Other Levels

The 2021-2023 Judicial and Legal Reform Action Plan speaks extensively about mechanisms that would allow the judiciary, which has long been perceived by the public as a compromised branch of government, to become more transparent and accountable. A recent IRI poll showed that 82% felt judicial reform should be an important priority for the government. The action plan pledges to introduce a publicly-accessible online platform, where reports and statistics about the courts’ activities will be published. Although information regarding the activities of the judicial system is currently available at court.am, the data is not regularly updated and the information on the website is not presented in a user-friendly format.

To reduce the workload of judges and ensure reasonable time limits for the examination of cases, it is expected that the number of judges and assistants to judges will increase. The document clarifies that, despite the growth in the number of cases taken to the courts in recent years, the number of judges has remained almost unchanged. Lack of procedures for alternative dispute resolution methods further contributed to overloading the courts. Building the capacity of judges and their staff is mentioned as another critical step for increasing judicial effectiveness. The action plan identifies a need for training in the adjudication of cases dealing with corruption, economic crimes and crimes committed by officials, professional rules of conduct and ethics, and how to work with electronic evidence. The action plan clarifies that, because Armenian law enforcement agencies are actively cracking down on corruption, judges will need to have the skillset to deal with such cases.

Although there are references in the Constitution to the election of the National Assembly and the formation of the Central Election Commission, amendments to the Electoral Code are a separate item in the strategy document. They are to be developed by the Ministry of Justice, separately from the Expert Commission on Constitutional Reform, with a draft version scheduled to be ready for submission to the National Assembly in 2020.

Many of the explicit recommendations had been discussed previously but failed to pass in the autumn of 2018. They include eliminating the territorial open list component of the elections, reducing the electoral threshold for political parties from its current level of 5% (7% for party alliances), reconsidering the regulations on how coalitions are formed, reassessing the necessary deposit to be paid by a party looking to contest the elections, improving the accessibility of the elections for persons with disabilities and ensuring the accuracy of the voter lists.

Rule of Law is the Goal

The independence of the judiciary and credible elections are important foundations for the rule of law. They are cited both by the Government in justifying the need for reform and by its opponents, who fear the reform process may allow those in power to tip the scales.  Hopefully, the next time Armenia votes in a constitutional referendum (for many citizens, it will be the fifth in their lifetime), there will be a consensus in the legitimacy of the results. And hopefully the issue of term limits will not be forgotten as the galvanizing catalyst for the Velvet Revolution and the original criticism of the 2015 Constitution that is being reformed.

Transitional Justice is a special form of justice, applied temporarily in countries where there have been massive abuses of human rights, usurpation of power or genocide. It can also applied in countries like Armenia, where important political and social transition has taken place, where at the same time, there needs to be a break with the past. 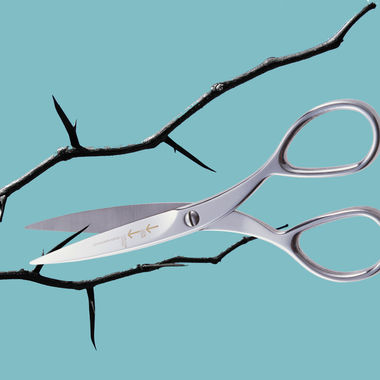 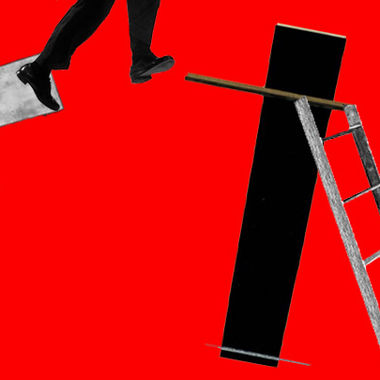 Armenia Gets Serious About Reforms: Making Sense Out of Vetting

As an instrument of transitional justice, vetting is designed to “cleanse” state institutions that are tainted by systemic corruption, nepotism, and incompetence. Vetting of personnel is the first step toward the broader goal of institutional reform, writes Dr. Nerses Kopalyan.

by the same authors 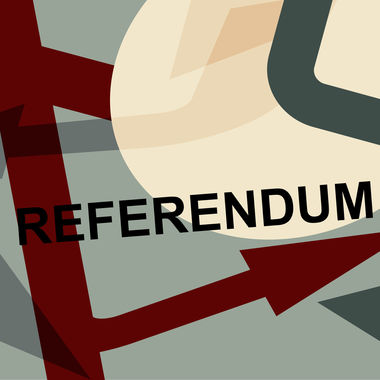 Direct Democracy: Can Citizens in Armenia Force a Referendum?

Armenia’s Law on Referenda was passed in 2018 but how effective is it at giving citizens a voice? 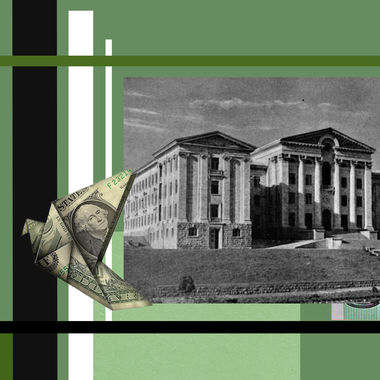 Armenian Political Parties: Where Should the Money Come From?

Harout Manougian writes about how Armenia’s political parties are financed and how that could change as part of the National Assembly’s ongoing electoral reform effort. 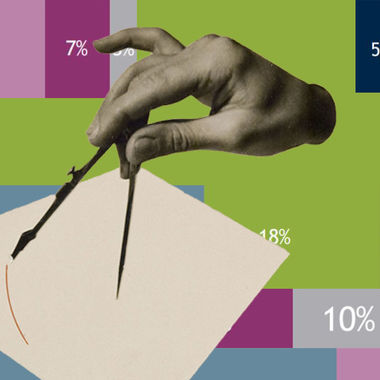 The International Republican Institute recently published its fourth public opinion survey since the Velvet Revolution. The survey found that a healthy majority of Armenians believe the country is heading in the right direction. 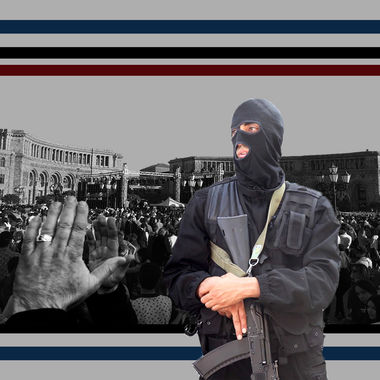 Can the popularity of the National Security Service be sustained after the dismissal of Artur Vanetsyan? It can, but only through one mechanism: rigid institutionalization and the complete alleviation of the personalization of politics in Armenia.

EVN Report welcomes comments that contribute to a healthy discussion and spur an informed debate. All comments will be moderated, thereby any post that includes hate speech, profanity or personal attacks will not be published. 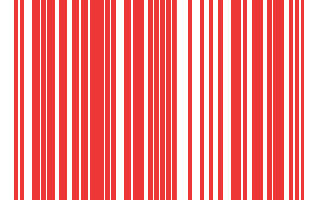 All rights reserved by EVN Report